Srinivasa Sarja was better known by Arjun Sarja is an Indian film actor primarily works in the Kannada, Tamil, and Telugu Language movies and also performed in the some Malayalam and Hindi language films
In 1993, he starred in S. Shankar's blockbuster Gentleman movie, for which Arjun Sarja received Tamil Nadu State Film Award for Best Actor.
As of 2017, Arjun Sarja had acted in more than 150 movies. He has directed 11 films and also produced and distributed a number of films.
Check out here for the list of movies acted by the Arjun Sarja sorted based on user's votings and reviews on hoblist
Arjun Sarja movies list provides you a movie trailer, movie star cast, movie director, movie story and movie release date
Click on up arrow to vote for the best Arjun Sarja movies on Hoblist 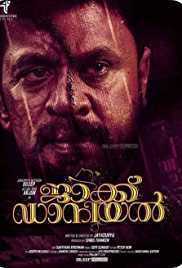