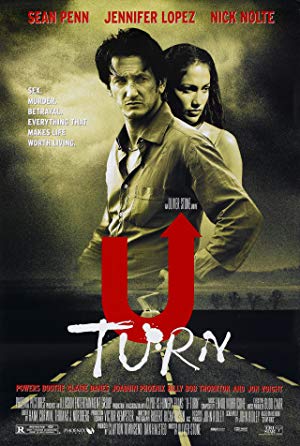 Bobby Cooper is a drifter in debt to a violent gangster when his car breaks down in Superior, Arizona. Stranded and broke, he meets Jake and Grace McKenna, a father and daughter who are also a married couple. They separately approach Bobby to kill the other for money.
Desperate and in fear, Bobby approaches Jake about killing Grace. He becomes attracted to Grace and agrees to kill Jake, then he and Grace can be together and use Jake's money for a new start somewhere else.
With Grace's help, Bobby kills Jake, and they leave together with $200,000. As they make their way out of Superior, the Sheriff, with whom Grace has been having an affair, stops them. Grace shoots and kills the sheriff. As they dump the bodies, Grace pushes Bobby over the cliff, severely injuring him. Grace suddenly realizes that Bobby has the car keys.
Grace makes her way down the steep incline where she and Bobby fight, and in his weakened, injured state, Bobby kills Grace. He makes the grueling journey back up the cliff with a broken leg, then starts the car, but the radiator hose bursts and Bobby are stranded in the heat injured and dying. ReadMore>

U Turn Reviews And Discussions