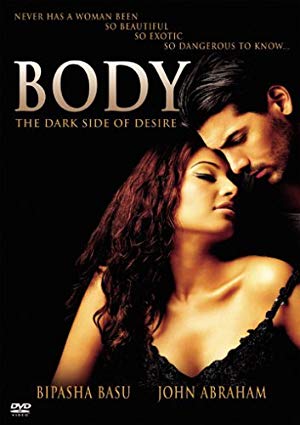 Kabir (John Abraham), an unhappy, rather poor, alcoholic lawyer lives a playboy lifestyle in Pondicherry. Kabir's best friends, Siddharth (Vinay Pathak), a policeman and Vishal (Ranvir Shorey), his colleague, try to keep him away from trouble. He meets Sonia Khanna (Bipasha Basu), the beautiful wife of a travelling millionaire, Rohit Khanna (Gulshan Grover).
They have a stormy affair and Kabir finds himself falling madly in love with Sonia. He suggests that she get a divorce, but she says that her husband is capable of killing them both. Sonia finally convinces Kabir to murder her husband and make it look like an accident. She also suggests that they should alter Rohit's will so that she inherits all his property. Kabir tries to reason with her, but she goes ahead and alters the will naming him as executor. Rohit's sister, Priyanka, tries to warn him that Sonia is only interested in money and has already killed Rohit's first wife. Siddharth, who is in charge of the case, suspects Kabir and is caught between friendship and duty. Kabir tries to get Sonia to leave the city with him. It is only when she sends someone to kill him that he realises that all she wants is the money.
Kabir confronts Sonia and she denies that she ever loved him. When he threatens to turn himself in and confess his crime to the police, she shoots him. He's wounded in the abdomen but manages to stand up. Sonia rushes to him as he stands and tells him that she has always loved him. They share a passionate kiss, and then the gun goes off in Sonia's hands. Her eyes flash open from the kiss and she starts to whisper Kabir's name repeatedly. It is revealed that Kabir had shot Sonia in the stomach as he lays her down on the sofa. ReadMore>