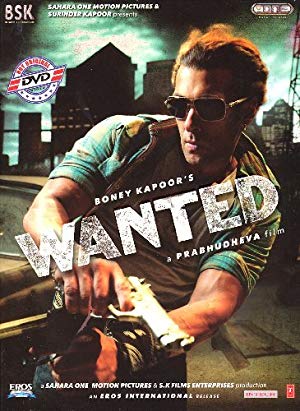 Radhe (Salman Khan), a gangster with a mysterious past, kills others for money. He meets Jhanvi (Ayesha Takia) while she's doing fitness training and instantly falls in love with her. Even though their first meeting leads Jhanvi to think negatively about Radhe, she later begins to reciprocate his feelings. However, Talpade (Mahesh Manjrekar), a selfish and perverted Inspector, lusts after Jhanvi and tells her to marry him with the threat that he would rape Jhanvi's mother (Prateeksha Lonkar) if she decides to go against his decision. Talpade is tipped off about Radhe's existence by Jhanvi's landlord. He tries to threaten Radhe but ends up getting frightened of him after getting outsmarted by him.
Gani Bhai (Prakash Raj), an international don, arrives in India for assassination and hires Radhe. Gani Bhai operates his gang from outside of India. Golden Bhai(Aseem Merchant) is the gang leader of Gani Bhai's gang. Two gangs, Datta Pawle's (Raju Mavani) and Gani Bhai's, fight for the biggest part of Mumbai. Due to this, Commissioner Ashraf Taufiq Khan (Govind Namdeo) decides to make Mumbai free of crime. He arrests Gani Bhai, who makes various attempts to contact Radhe, however, in vain. Ashraf is blackmailed to release Gani Bhai after his men release an explicit video of his daughter online after kidnapping her. Under the influence of drugs, his daughter reveals a mission that involves an IPS officer, Rajveer Singh Shekhawat, murdering Gani Bhai. Since Rajveer Shekhawat's identity is difficult to decipher, Gani Bhai holds his father, Shrikant Shekhawat (Vinod Khanna), captive. Shrikant proudly tells him about his son, without revealing his true identity. Gani Bhai mistakes Ajay (Inder Kumar), Rajveer's adopted brother, for Rajveer Shekhawat and kills him. Gani Bhai realises his mistake and pressures Shrikant to reveal Rajveer's identity. Shrikant is murdered by Gani Bhai after he refuses to tell him. His son, Rajveer Shekhawat, who is revealed to be Radhe, arrives at the place of his father's death. Radhe is infuriated and decides to avenge the deaths of his father and brother. Through threatening Talpade, he locates Gani Bhai. After intense combat, Radhe finally manages to kill Gani Bhai and his co-conspirator Talpade ReadMore>