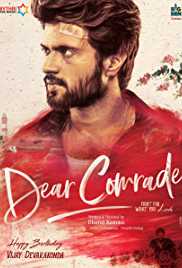 The movie begins with Bobby drunk and angry. Bobby has severe anger management issues. He is the student union leader. He constantly get into fights for the right cause. One day when he is returning from the police station after one such fight, he encounters a girl. They find her walking in the middle of the road and to avoid her, they head sideways and gets injured.
As compensation, Bobby takes away her money to fix his bike. When he gets home that day, his mother introduces him to Lilly who was his childhood friend and the sister of his neighbour's niece Jaya (on whom he had a crush before) who has come to visit. Her mother tells him that some idiot took her money. Bobby is shocked to find that Lilly is the same girl whom he had met earlier. They tell him to help her find the guy who took it, not knowing Bobby was “the idiot”. Lilly teases him about it and he discovers she is a professional cricket player. He slowly starts to fall for her. Then it’s time for Jaya’s marriage. During the marriage Lilly is told to go get something. Bobby follows her, and confesses his love for her. She tells him she’ll have to leave anyways and that he’ll probably forget her as soon as she goes, and that he probably doesn’t truly love her anyways. She leaves without looking back. Afterwards she goes back to her city, and Bobby can’t stop thinking about her. He goes to the city on his bike to follow her. They meet, and discover she likes him too. Then he starts fighting and Lilly tells him how her brother was a rebel like him but died in a fight and asks him to stop fighting. Later he fights again and gets seriously injured. When he wakes up, Lilly starts yelling at him about how scared everybody was and does he like to see them like that? Bobby loses his temper and physically throws her out of the hospital and tells her not to come back.
She leaves and he realises what he had done and becomes depressed. Then it goes back to the original scene. Then he travels for three years to try to forget her. He joins a group of people testing certain things about sound. They go to present to a doctor in a hospital. As he’s waiting he sees Jaya and her husband. They ask him whether he came to visit Lilly.He asks why, and they tell him that she had an accident. He goes to see her, and is distressed by her condition. He sneaks her out of the hospital one night with the help of his friends. He takes her on a trip to where he went, and slowly she goes back to herself. He drops her back at her house while her dad is very mad at him. He meets the doctor who had been taking care of her. The doctor tells him she may appear to be happy, but in reality she is in pain. As Bobby leaves to go back home, he gives her a recording to listen to when she’s in pain. Bobby and Lilly are then invited to one of their friends’ marriage. There , Lilly requests Bobby to marry her . Bobby denies as he doesn’t want her cricket life to get affected.
One day, Bobby spots one of Lilly’s team players and discovers that she is working in a tailoring shop . She tells him why their team spelt; After Bobby and Lilly’s breakup , Lilly wanted cricket to be her whole life . At one of the tournaments , Lilly was named as the “best player”. Falling for Lilly, one of the male coaches appreciated her and tells her that if she doesn’t sleep with him he will take her out of the team . He even threatened her not to complain to the police . As time went, Lilly’s friend Rubina complained for her. Learning about this the coach removed Lilly out of the team . A sad Lilly then meets with an accident. This makes her unable to play cricket at all. A furious Bobby goes to the coach and beats him up. He, his friends with Lilly go to the police station to complain about Sexual harassment. Lilly denies signing an FIR. Her father also discouraged her when she told him about the incident as he believed it would ruin the family's reputation. Lilly’s marriage is then fixed with another man. Bobby continues to advise Lilly about the case. This news goes to the media who then speak about it in “Breaking news”. ReadMore>