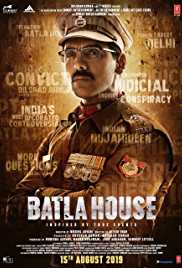 ACP Sanjay Kumar (John Abraham) is informed that his team has cornered 5 university students in L-18, Batla House, who might have been involved in the 2008 serial bombings, the responsibility for which was claimed by the terrorist organisation "Indian Mujahideen" (IM). Sanjay orders not to engage until he arrives, but a restless K.K. (Ravi Kishan) proceeds with some officers. Sanjay arrives and upon hearing the gunshots, decides to engage. The building is cleared, and K.K. is found shot down. Sanjay enters the room and there's more shooting, as a result of which 2 students end up dead, 2 escape and 1 is arrested alive. Sanjay now starts facing the heat from media and politicians who start billing the encounter as a fake one. They're joined by the whole nation in condemning the Delhi Police and everyone starts demanding justice for the students who were supposedly killed to account for the bombings. Sanjay's wife Nandita (Mrunal Thakur), a news anchor, is however unwilling to accept this and decides to stay with Sanjay, who soon becomes diagnosed with Posttraumatic stress disorder, frequently hallucinating about getting shot by the terrorists. Nandita somehow stops him whenever he becomes suicidal.
Sanjay now starts looking for the 2 terrorists that escaped, and finds one of them to hiding in Nizampur. Sanjay is informed by his senior that he would be awarded for the encounter and that he must celebrate. Realizing he's not been told where to celebrate, he heads to Nizampur where he manages to find Dilshad, one of the fugitives. Everyone tries to stop Sanjay, who chases, beats up and almost arrests Dilshad, only to be cornered by the politicians and public who let him escape but without Dilshad. After being awarded the President Medal, Sanjay begins his hunt again and this time, through Dilshad's girlfriend Huma (Nora Fatehi), tricks him into coming to Nepal. He teams up with his officers once again, and sends a van to pick up Dilshad, as a part of his plan. The latter, however, sends someone else to check for anything suspicious. Sanjay runs to stop his officers from engaging upon realizing Dilshad's not in the van and lets it flee. Learning of nothing suspicious, Dilshad informs the van driver he'd depart the next day, and upon landing in Nepal, is stopped, thrashed and arrested by Sanjay and his team.
The court proceedings begin, where the opposing lawyer (Rajesh Sharma) brings up arguments to counter Sanjay's truth and creates a fake encounter story, as per which K.K. and his men brought the students in L18, tortured and decided to kill them when they were ordered not to do so, following which K.K. was shot by one of his officers. Sanjay, however, brings out the truth that actually his officers had been closely watching the students and realized they belonged to the Indian Mujahideen. The real shootout then plays out, showcasing K.K. and his team engaging when the students fire, and the very fact that K.K. died gives Sanjay's argument a strong support when he tells everyone that no officer has ever died in a fake encounter. His arguments convince the court to sentence the 2 terrorists to life imprisonment, while the last one somehow escapes the country.
While sections of the media still oppose the ruling and believe the police to be culprits, a video clip that surfaced in 2016 featured a confession from the terrorist who had escaped the encounter, about he managed to do so and later join the ISIS, further confirming the credibility of the encounter ReadMore>