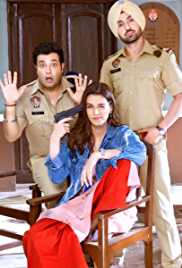 Arjun Patiala is a 2019 Indian Hindi-language action comedy film directed by Rohit Jugraj.[5] Co-produced by Bhushan Kumar and Dinesh Vijan under T-Series and Maddock Films, it stars Diljit Dosanjh, Kriti Sanon and Varun Sharma.[6] The narrative revolves around a newly appointed police officer who attempts to curb crime and corruption in his town with the help of his sidekick.
The film was theatrically released in India on 26 July 2019 ReadMore>