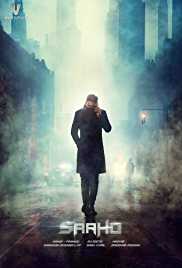 Saaho is an upcoming 2019 Indian action thriller film written and directed by Sujeeth, produced by UV Creations and T-Series.
The film stars Prabhas and Shraddha Kapoor, and has been shot simultaneously in Hindi and Telugu. Marking Prabhas' debut in Hindi and Shraddha Kapoor's debut in South Indian cinema, the film has been produced with a budget of ₹350 crore.Read More>