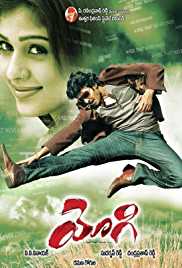 Eeshwar Chandra Prasad (Prabhas) is the son of Ram Murthy (Chalapathi Rao) and Shantamma (Sharada). Murthy wants his son to do some job. However, Shantamma pampers Eeshwar very much, and hence he doesn't want to leave the village. Murthy dies, and in order to fulfil his last wish, Eeshwar goes to the city to earn money on the advice of his friend Basha (Ali), who was a pickpocket. Eeshwar could not meet Basha.
On the other hand, Kotaiah (Kota Srinivasa Rao) runs big land mafia in Hyderabad and is a bitter rival of Narsing Pahilwan (Pradeep Rawat). Saidulu (Subbaraju) is Narsing's brother. Once, Saidulu hacks Kotaiah and his assistant, when Eeshwar accidentally saves him. Eeshwar gets a job in a tea stall run by Chandranna (Chandra Mohan). He earns good money, purchases two gold bangles for his mother, and plans to leave the city. At this juncture, Narsing humiliates Eeshwar for saving Kotaiah and stamps his mother's gold bangles. Irked over this, Eeshwar kills Narsing and turns the biggest goon of the city. Meanwhile, Shantamma reaches Hyderabad as Eeshwar killed Narsing. Kotaiah wants Eeshwar to join him, but to no avail. Chandranna encourages Eeshwar, who is now Yogi, to stay back in the city to save the poor, who gets harassed by the goons. Yogi remains a terror for the goons. So, Kotaiah and Saidulu join hands and hatch a plan to kill Yogi. While trying to carry it out, Yogi kills Saidulu. Nandini (Nayantara) is also after Yogi for an interview to complete her practicals. Somehow, she falls in love with him. Though Yogi and Shantamma live in the same city, they could not meet each other. One day, Yogi meets Basha, who reveals he saw Shantamma.
Though Basha and Santamma go to the address, they could not find Eeshwar because he is known as Yogi for the people. Shantamma waits for her son in front of a temple, as Basha tells her that Yogi is in the habit of visiting the temple every Monday. But Eeshwar did not turn up on Monday, fearing attack by Saidulu's people. Shantamma dies in front of the temple, and Basha arranges the funeral for her. At this time, Yogi comes but fails to have a look at the covered face and helps the orphan body lifters with money for cremation. He puts flowers on his mother's body, though he is unaware that the body is his mother's until it is moved to the fire cabin. Basha finally arrives and explains the trauma, but it is too late. Yogi realizes the truth only after Nandini shows the belongings of his mother, who came to see him. The film ends with this emotional scene. ReadMore>